Tonight, T2 scored first when a free kick found the head of Harrison Delbridge and then the goal. While S2 had opportunities, including several shots that missed by inches, they found themselves unable to score, sending the game into half-time 1-o in Portland’s favor.

The 2nd half started off with some excitement, as Pablo Rossi converted on a penalty kick awarded in the 47th minute to bring the score level. T2 responded with intensity, but never converted. T2 fate was sealed in the 88th minute when S2’s Giuliano Frano scored a beautiful goal off a lofted pass from Andy Craven.  Final: S2 2, T2 1. 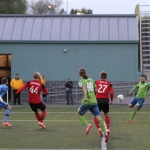 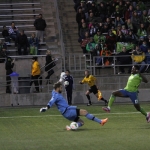 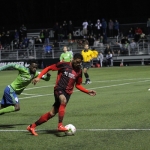 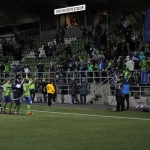